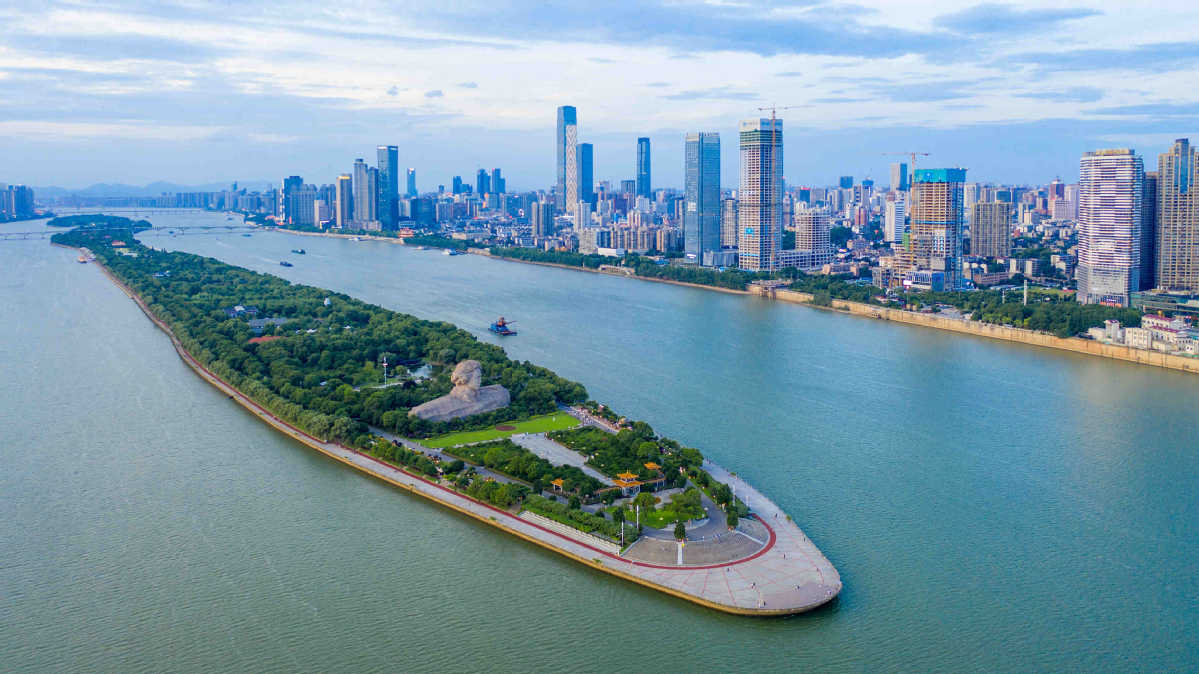 A panoramic view of the Xiangjiang River running through downtown Changsha, Hunan. CHINA DAILY
Editor's note: China has seen tremendous changes nationwide, from economic growth to environmental protection, from social improvement to cultural progress. In this series, China Daily maps the changes and tells the stories of the people who lived through them.
Central province pushes ahead with science and technology work, cooperation with African nations
The past decade has witnessed Central China's Hunan province transform into a new highland of opening up that is strong in manufacturing and technological innovation.
The province's GDP was 4.6 trillion yuan ($679 billion) last year, up from 2.1 trillion yuan in 2012. During the same period, its urban residents' per capita disposable income grew from 22,000 yuan to 45,000 yuan. For rural residents, it grew from 8,000 yuan to 18,000 yuan.
Hunan has also seen success in carrying out scientific and technological innovations. The number of patents granted surged to 98,936 last year, 4.26 times the figure in 2012.
"We have taken serving national strategies and major needs as our primary mission, participated in undertaking major national projects and achieved a number of landmark results, including the creation of super hybrid rice, the Tianhe supercomputer series, ultrahigh-speed rail transit traction technology and electromagnetic prospecting equipment," said Li Zhijian, director of Science and Technology Department of Hunan Province.
The development of CRRC Zhuzhou Electric Locomotive, located in Zhuzhou city, Hunan, epitomizes the province's journey to grow into one that is now strong in manufacturing.
Last month, a rubber-tired subway train rolled off the assembly line of CRRC Zhuzhou and was expected to be exported to Mexico City as part of a plan to upgrade its Metro Line 1.
The train, which has a maximum passenger capacity of 2,252 people and can run at a maximum speed of 80 kilometers per hour, is also the very first rubber-tired subway train independently produced by a Chinese manufacturer.
Before that, CRRC Zhuzhou also managed to export trains to Turkey, Austria and other European countries.
In just decades, CRRC Zhuzhou has more overseas orders for its trains than any other similar enterprise in China, acting as a window for the nation's high-end rail transit equipment to enter the world. 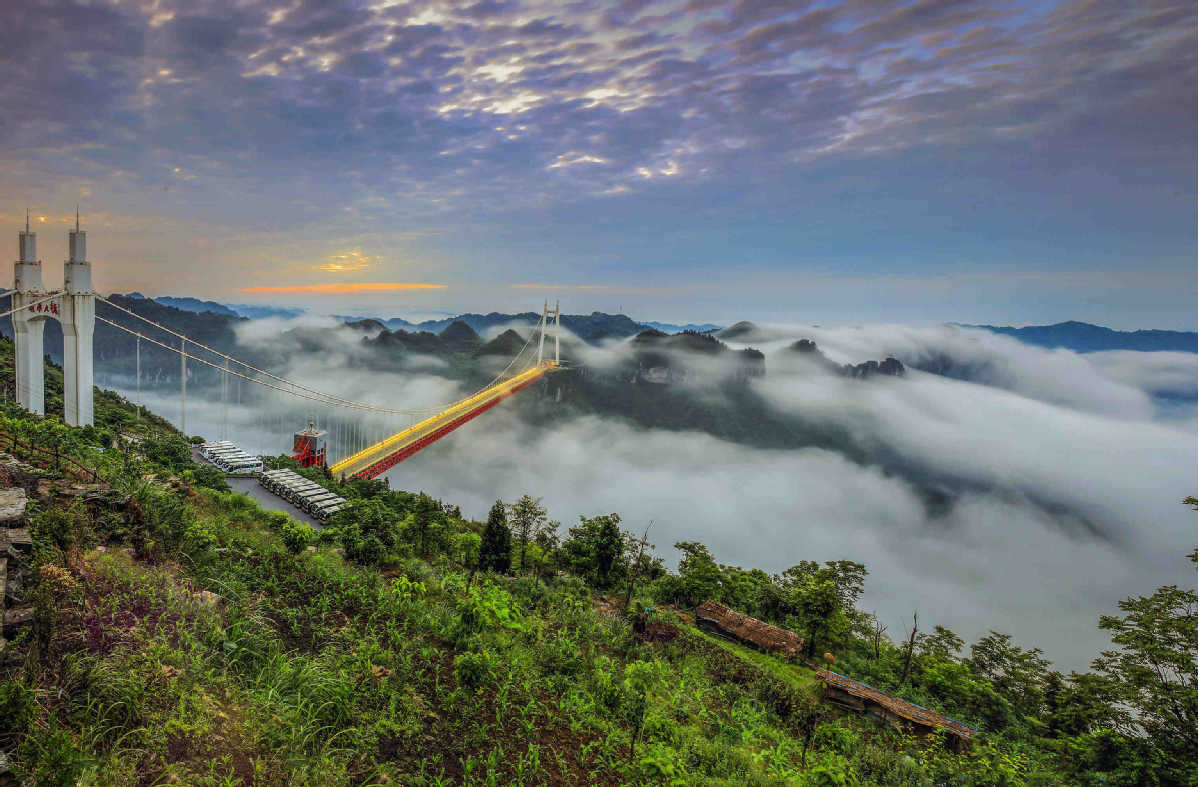 The Aizhai Bridge spans the Dehang Canyon in Xiangxi, Hunan. CHINA DAILY
"The past 10 years were a key period for the company to achieve high-quality development. Continued innovation is the key for its great leap forward," said Zhou Qinghe, chairman of CRRC Zhuzhou, adding that the company has applied for 2,261 patents in the past decade.
Zhang Qingwei, Party secretary of the province, said that Hunan will optimize its innovation methods, increase fundamental studies and attract international talent to make breakthroughs in core technology.
He noted that Hunan is striving to become an important engine for high-quality development in the central region and for the development of the Yangtze River Economic Belt.
In June, the KHL Group, the leading global supplier of international construction information, released its latest ranking of the world's 50 largest construction equipment manufacturers.
The list included Sany Group, Zoomlion Heavy Industry Science & Technology, Sunward Intelligent Equipment Group, and China Railway Construction Heavy Industry, all of which are located in Hunan.
Changsha, the provincial capital, has become the world's third-largest hub for engineering machinery companies, surpassed only by Illinois in the United States and Tokyo. 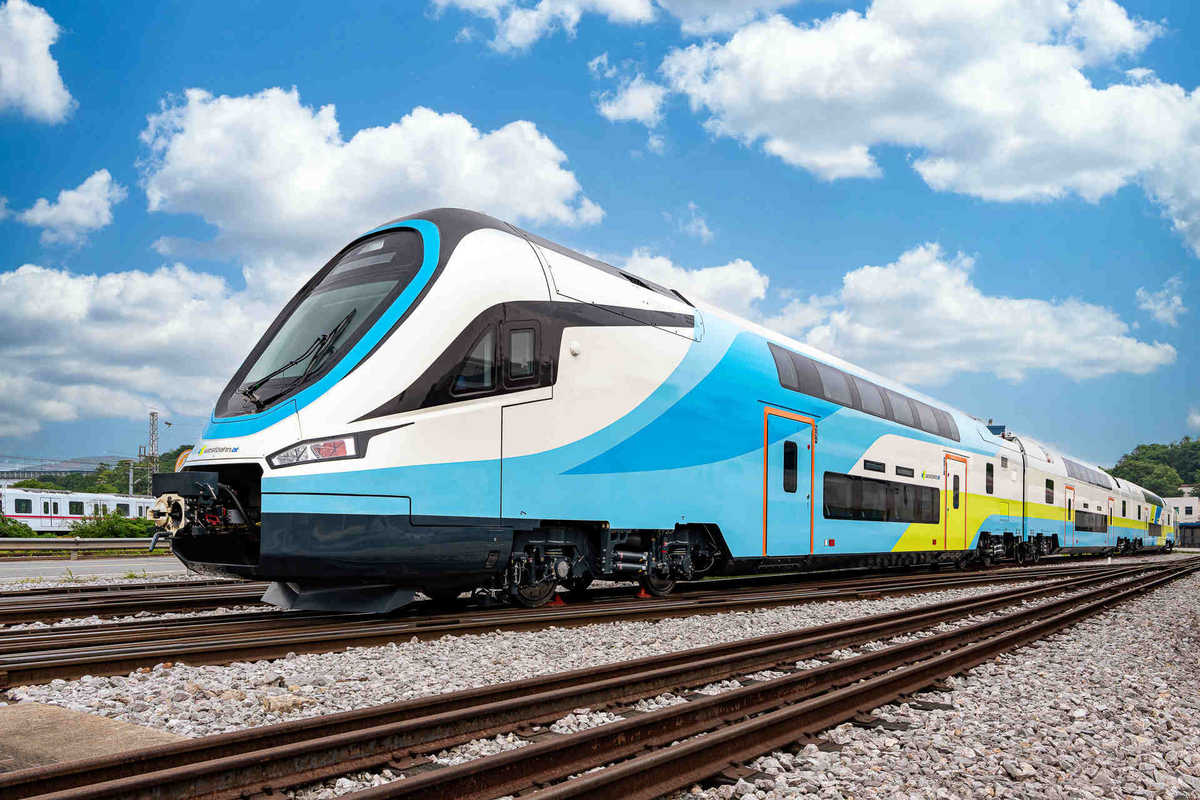 A bullet train exported to Europe is ready to be delivered in Zhuzhou, Hunan, in May last year. CHINA DAILY
Wider opening-up
Hunan has made great strides in the development of its foreign trade over the past 10 years, with the volume increasing from $21.94 billion in 2012 to $92.71 billion last year.
The number of foreign trade enterprises in Hunan increased from 2,488 to 7,498 during the same period. The province has also expanded into overseas markets in more than 220 countries and regions.
A key contributor is the China (Hunan) Pilot Free Trade Zone. Founded in September 2020, the zone ushered in a new chapter in Hunan's opening up process.
The zone aims to forge a favorable business environment to attract investment, talent, technology and other resources from home and abroad to give more people the opportunity to enjoy high-quality imported products, said Shen Yumou, head of the Department of Commerce of Hunan Province.
Shen added that last year, the zone attracted 32 percent of the province's total foreign investment and generated 5 percent of its total tax revenue.
Hunan's economic and trade cooperation deal with African nations is a highlight in the province's endeavors to open up more to the world. 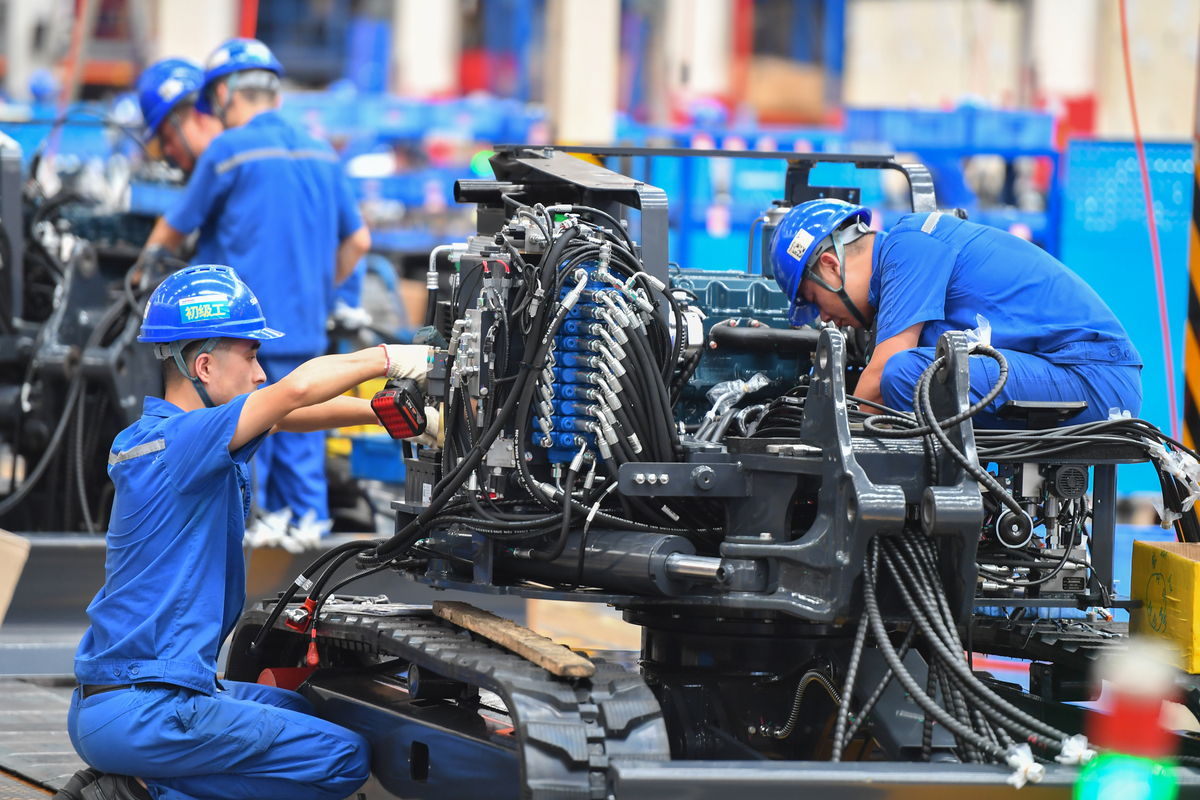 Workers assemble a machine at one of Sunward Intelligent Equipment Group's factories in Changsha, Hunan province, on July 27. CHEN ZEGUO/XINHUA
Economic exchanges between the province and the continent have seen continuous growth over the past decade. Last year, the value of Hunan's exports to Africa reached 40 billion yuan, up 38.5 percent year-on-year.
Additionally, 37 countries in Africa have set up exhibition halls featuring their products in the Pilot Zone for In-depth China-Africa Economic and Trade Cooperation in Changsha's Yuhua district.
Customers can purchase an array of African products, including dried chili from Rwanda, coffee produced in Ethiopia and tea imported from Kenya.
Although the COVID-19 pandemic has been casting a shadow over the global market, the economic and trade cooperation between Hunan and African countries is still growing steadily.
The Promotion Conference for China (Hunan)-Africa Economic and Trade Cooperation began in Changsha on July 28. Fourteen economic and trade cooperation agreements and projects with a total value of nearly $170 million were signed between Hunan and some African countries at the event site.