In recent years, Sangzhi county pays much attention to the development of tea industry. In 2016, Sangzhi county decided to take a differentiated development path and develop the white tea, creating the public brand in tea market as“dark tea in Anhua, withe tea in Sangzhi”and filling the gap in Hunan’s tea industry. By the end of June, there have been 69,000 mu tea gardens in the county. High quality tea is made in good natural environment.

Sangzhi white tea has a long and cultural history, but how can it stand out and develop differently? The core is the quality.

Located in the northwest Hunan, Sangzhi is a county of Zhangjiajie, the famous international travel city. For the fertile soil and good eco-environment, it is the core area of subtropical forest system and the important water conservation area and ecological barrier in the Yangtze river basin. Meanwhile, with the name of "Animal and Plant Gene Bank in Central China" and "China Green Heart" , there is Badagongshan Primitive Forest, one of China’s first state-level natural reserves.

Sangzhi has a warm climate, abundant sunshine and rainfall. With an average altitude of 800 meters, its forest coverage reaches 72.6% and negative oxygen ion content is 100,000 per cubic centimeter. With the organic matter content as high as 6.63%, the purple soil is fertile and rich in minerals. The unique geographical location and good ecological environment are favorable for white tea’s growth. "To develop Sangzhi white tea industry, we must take full use of our unique geographical and climatic conditions to promote it into the world.“ said Liu Weibing, vice chairman of the CPPCC municipal consultative conference and secretary of the Sangzhi County party committee.

Nature endows Sangzhi tea growers with the best green and natural tea, which also be fully used by the industrious Sangzhi people.

In hot summer, in the tea producing base of Xilian Chaye in Sangzhi county, you could breath the air full of the sweet smell of tea and appreciate the tea culture.

Since its establishment in 1991 and with many years’efforts,  Xilian Tea has over 3,000 mu ecological tea gardens and created a model for green development, which benefits more than 10,000 households in three surrounding townships with an income increase of over 10 million yuan.

There are many tea planting bases like Xilian in Sangzhi county.

Since the 12th Five-Year Plan, with the support of the Sangzhi county, the tea industry chain in Sangzhi has got a great development by integrating the primary, secondary and tertiary industries. Regarding white tea industry as the leading agricultural industry, Sangzhi county financed the construction of industrial parks and tea bases, encouraging farmers to plant and improve tea varieties to develop ecological organic tea.

The aim is to build a public brand, form core competitiveness, open tea tourism market, promote the white tea into the world market, improve the development of tea industry and farmers' income.

In 2017, the Sangzhi county decided to enter into the market and increase the market share, so as to improve the tea processing capacity and the economy.

"To do a good job in the brand of "Sangzhi White Tea", we need to guarantee the quality." Wu Xiaodong, deputy general manager of Hunan Xiangfeng Sangzhi White Tea Co., Ltd., said that they have built standard factories according to the national regulations, purchased automatic production line equipment, which realized clean, automated and large-scale production, ranging from tea raw materials to products.

a number of prizes are the recognition of the brand of Sangzhi white tea. In 2015, "Sangzhi White Tea" won the first prize of the 11th "China Cup" National Famous Tea Competition, the Gold Prize of the 7th and 8th (2016) Hunan Tea Expo "Shenlong Cup" Famous Tea Competition, and in 2017, "Sangzhi White Tea" was awarded the Golden Prize of Hunan Tea Exposition and Sangzhi county got the Top Ten Eco-tea-producing counties in Hunan Province. It also won the Golden Prize of Products and Yuan Longping Special Award on 16th China International Agricultural Products Fair.

A tea road to wealth

"Our family earns more than 200 yuan a day for tea picking. This year, I also participated in the management of tea gardens, and my annual income is expected to exceed 30,000 yuan.” Su Feng said with smile, a woman from a poor household in Sangzhi county as well as a stuff in the company. White tea has the longest harvest period among all tea varieties, and it can be picked from March 20 to December every year. The fresh leaves are processed into tea and sold to the company or cooperative at the market price. 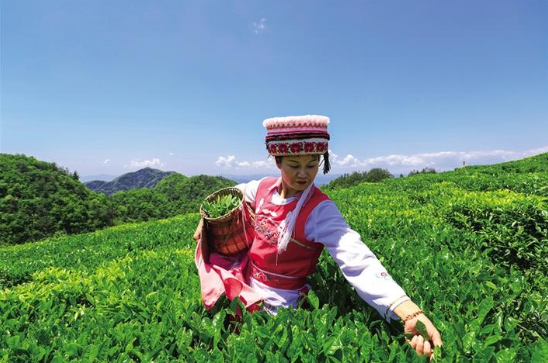 Sangzhi is a poverty-stricken county as well as one of the key counties in poverty alleviation in China. There are 124 poverty villages, of which 38 are deep poverty villages with more than 100,000 people living in poverty.

For the cooperation between Sangzhi county and Hunan Xiangfeng Tea, more than 70 agriculturally leading industrial enterprises and county-level characteristic enterprises from provinces, cities and counties have successfully signed contracts with 92 poverty-stricken villages to develop industrial projects fighting against poverty. By signing contracts, poor villages rely on the advantages of enterprises in market, technology and management to establish industrial chains and enhance industrial organization, thus forming the mechanism of "enterprise + cooperative organization + base + farmer" and realizing mutual benefits. 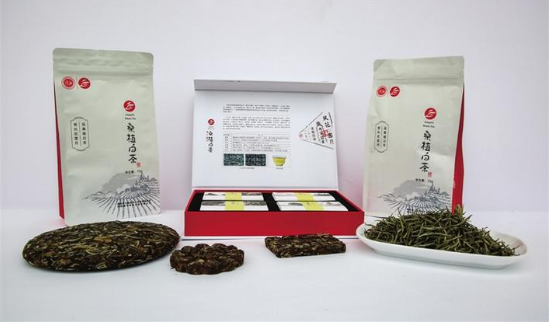 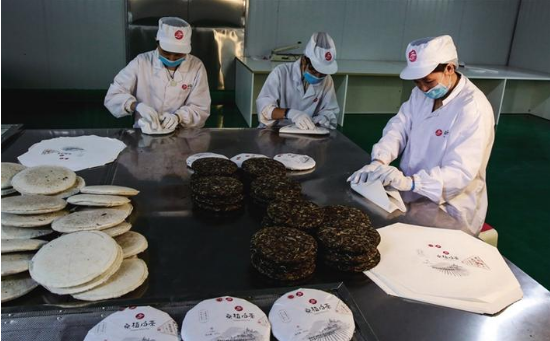 At present, there are 120 tea enterprises, cooperatives, big households and other business entities in Sangzhi, with a total output of 1,600 tons and a total output value of 200 million yuan, which benefited 8,200 households and greatly encouraged the local poor people in poverty alleviation. "Next step, our county will further increase investment in tea industry, striving to complete the "double ten goals"by 2025 (building 100,000 mu high-standard base and realizing an output value of more than 1 billion), and make Sangzhi the home of white tea in Hunan Province." Zhang Fan, deputy head of Sangzhi County, is full of confidence in the future development of tea industry in Sangzhi county.

Now, Sangzhi county is moving forward in a new way to a better future through developing tea industry.
< >
Link